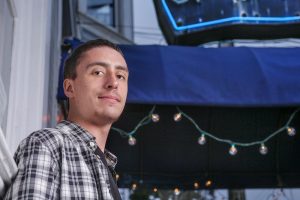 I’m a writer, reporter, and editor, active since 2008. I graduated from the Robert D. Clark Honors College and School of Journalism and Communication at University of Oregon in 2016.  I specialize in writing about arts, culture, and entertainment. I also have strong audio-, photo-, and video-editing skills and am an independent musician specializing in ambient music.

It’s my great hope that my writing will not only entertain and inform my readers but also turn them on to media they might otherwise not have known about or open their minds to those they may have dismissed or ignored.

This website includes my blog (with year-end lists), portfolio, résumé, and an archive of several years’ worth of my work.

What more do you want when the kids run the restaurant?