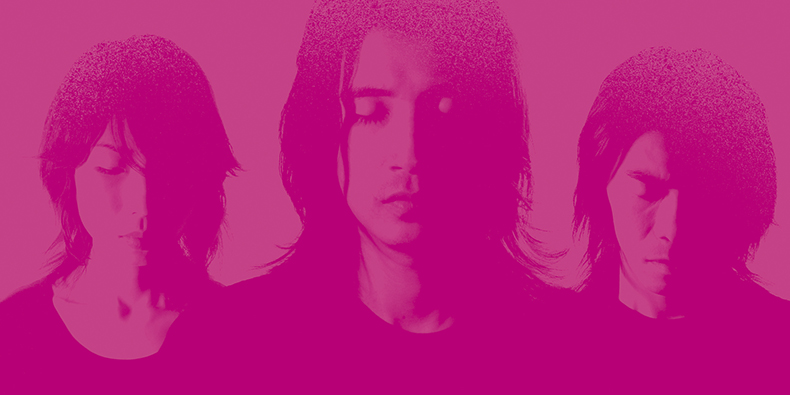 I was about 13 or 14 when I discovered the great Japanese band Boris. I found them through their primary influence the Melvins, whom I discovered through Daniel Bukszpan’s Encyclopedia of Heavy Metal – a funny and well-written book I bought more for the pictures and design than the actual music. Yes, I previewed many of the bands Bukszpan championed on iTunes and even bought a track or two from the ones I liked (my limited budget of five bucks per week for downloads prevented me from ever buying full albums, and I was hip on neither Torrent nor streaming). But I was never a metalhead, and the metal albums that stuck with me generally erred on the side of “avant-garde metal” – the post-everything, genre-jamming style that seems to orbit around the Melvins and their label boss Mike Patton.

Boris has enjoyed remarkable crossover appeal into indie circles. I suspect that even if I’d never heard of the Melvins, I might have found them through the 8.7 Best New Music their 2006 magnum opus Pink received from Pitchfork. As anyone who reads Pitchfork knows, Best New Music is not necessarily a designation for what the site actually thinks is the best new music. It’s a label reserved for bands with crossover appeal, usually to the Brian Wilson-weaned indie rock crowd Pitchfork courts. A dyed-in-the-wool doom metal band might get 8.4 with no best new music, while a doom metal band with poppy hooks or some indie rock or shoegaze influence might get the same rating with the coveted tag. Simply put, metal bands that non-metal fans might like are wont to merit the tag and, thus, enjoy the crossover success that almost invariably comes with it.

I think the reason Boris appealed to me, and likely other non-metalheads, is because of their lack of negativity. It’s a simple fact: Metal tends to be negative. Blood, guts, gore, death, decay, devils, the dark side of human nature – all are staples of heavy metal aesthetics, from the hard rock of Black Sabbath to the hermetic extremes of doom and black metal. A lot of this negativity is self-conscious enough to be goofy and is not actually meant to disrupt the listener or put them in a dark state of mind – though there are certainly plenty of bands who take their darkness very seriously. But nonetheless, it’s not an aesthetic that appeals to everybody, least of all a 14-year-old, Beatles-raised classic rock kid.

I suspect the reason bands like Boris, Sunn O))), and a lot of black metal bands cross over is because they evoke something more positive, more Apollonian than the heavy metal stereotype: forests, beauty, the vastness of the universe. Even when evoking events of tremendous and cataclysmic nature, as on early albums like Absolutego, Boris takes a neutral stance; their music is scary not because it aesthetically or thematically evokes scary things but because it’s so huge and deep it sounds like it can kill you. I liked this more.

When I started listening to Pink, it was around the time I first saw Blade Runner – a film whose impact on my aesthetic sensibility remains tremendous and is probably the reason I still like vaporwave and ambient music so much. The giant vistas suggested by the opening moments of “Farewell” or the cavernous reverb of “Blackout” reminded me of Blade Runner’s opening shots, with that sprawling futuristic city and its endless lights. The grit and grime of “Afterburner” and “Electric” reminded me of the ugly scenes on the ground level, with homeless cyberpunks and artificial beasts weaving between piles of trash and walls of neon. Titles like “Pseudo-Bread,” “My Machine,” and “Electric” exacerbated this interpretation, and I had a sort of plot in my head during my early listens of Pink involving an artificial “pink” replicant rebelling against Big Brother (I was listening to The Wall a lot at the time).

These days, I don’t really get these Blade Runner images so much. I mostly see Pink as a very good stylistic experiment. Boris, despite starting firmly in the drone-metal tradition launched by Earth and the Melvins’ Bullhead (they got their name from the latter’s first track), have dabbled in just about every style imaginable since then from J-pop to psychedelia to ambient folk. Pink is more or less a stoner rock album with a few nods to shoegaze, most notably the sleeve aesthetic, the sounds of “My Machine” and “Farewell,” and the little You Made Me Realise-style “holocaust” section on final track “Just Abondoned My-Self” (sic). At that, it’s superb, and it does a fabulous job of spanning a multitude of genres while sounding convincingly like Boris Does Stoner Rock.

I haven’t sat down and listened to Pink in perhaps three years, which is about the last time I was really into rock; I prefer electronic music, pop, and R&B these days. But I saw Boris perform Pink live at the Fillmore a few days ago, albeit with a few alterations – “Farewell” was moved wisely to the end, while they opened with a bit of drone that might have come from Absolutego. Listening to them play the album, I was struck by how many individual moments I remembered from the songs, like the ascending E-bow screech right before the title track segues into its breakdown/chorus. I moved in sync with a lot of the drum fills. I don’t speak Japanese, but I remember a lot of the sounds. A lot of Boris’s lyrics are essentially Japanese-phonetic gibberish, similar to the Melvins’ pseudo-English, and a lot of the words were hooky enough that they got stuck in my head even though I didn’t know what they meant. Above all else, I got a great appreciation for Pink as a pop album when I saw it live, and it was easy to see why it resonated with so many non-metal fans – like myself – when it first came out.

An unfortunate side-effect of seeing Pink live is it brought back a lot of bad memories. In high school, I bonded with a fellow member of the school jazz band (and a committed metalhead) over Pink; I’ve long since alienated him, as I did with many of my other classmates back then before I knew how to talk to people. I was homeschooled until high school, and my ability to speak to other humans was limited. I remembered a lot of awkward conversations and bad decisions. I also remembered my first friends, and my first lunch breaks, and Pink blasting in my ears, into the red and out of the stratosphere.