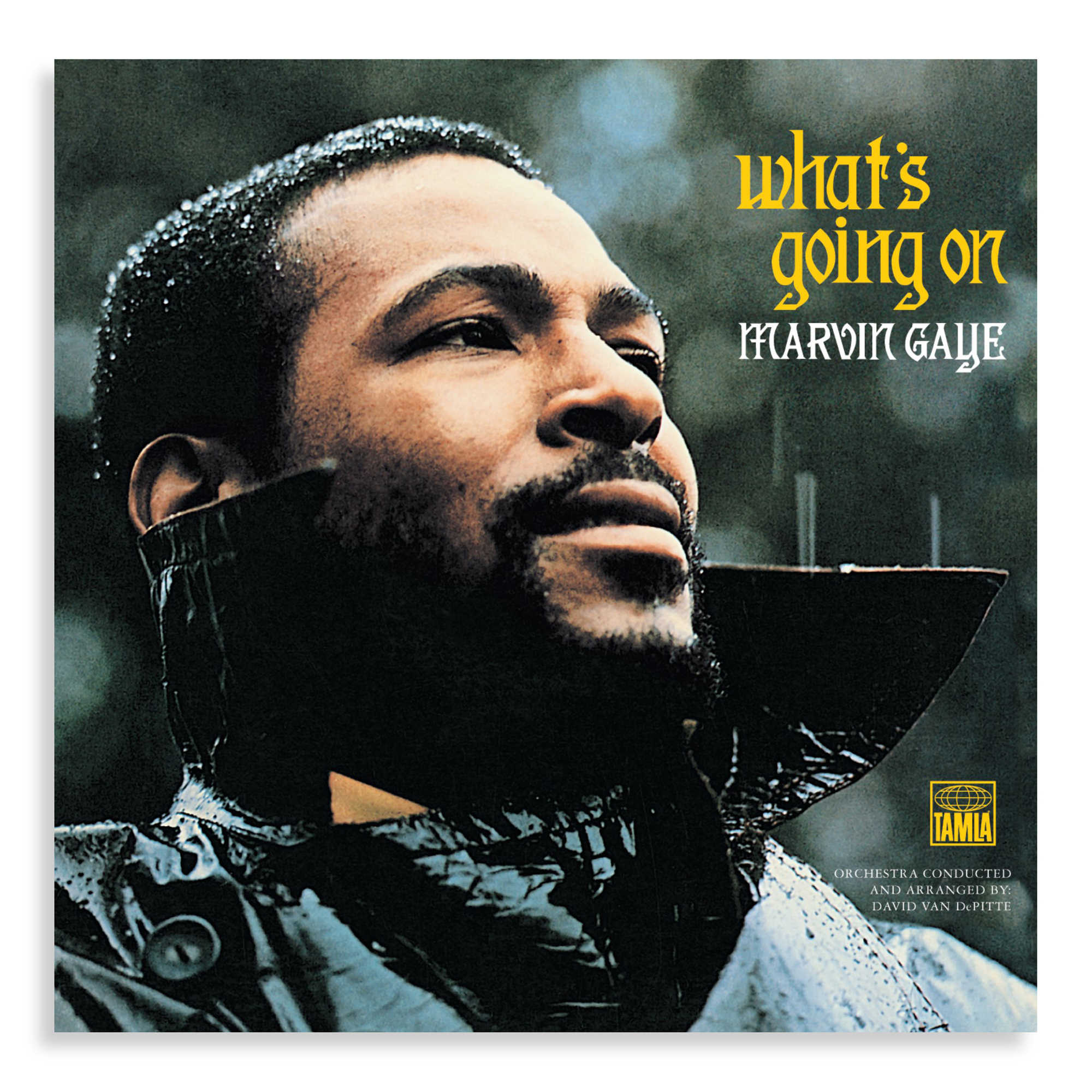 The vet returns home from Vietnam, broke, bedraggled, traumatized, disillusioned. He’s left a lot of friends behind. They greet him warmly; “what’s happening, brother?” they shout, inviting him to shit, trying to strike up a conversation about football. He’ll have none of it. How could they know what he’s been through? Their chatter dissipates into howls and barks. The vet looks around at what he’s supposedly been fighting for: institutionalized racism, violence, misery, poverty, environmental devastation. Who could think about football?

So begins Marvin Gaye’s What’s Going On, one of the bleakest and most affecting of the ‘70s protest-soul classics, a record on which hope for the future is always, always superseded by the harsh truths of the present. If you’re looking for solutions, you won’t find them here. Gaye seems to think God and love will save us, but it’s dubious whether even he believes those have a chance in hell. “Who really cares, to save a world in despair?” he thinks out loud on “Save the Children,” fumbling for answers. He comes up with one. “Let’s… let’s save the children.” But his words taper off uncertainly, even as the hopeful part of his brain belts to the heavens behind him, screaming “save the babies!” as if he can help them through song. The contrast between the apparent conviction of his message and the disinterest with which he delivers it is disturbing.

Whenever the vet finds an answer, it slips between his fingers. “Love your mother, she bore you,” he cries on “Save the Children.” “Love your father, he works for you. Love your sister, she’s good to you. Love your brother…” And he can’t think of a reason. It was his “brother” that sent him to kill and be killed for nothing. He wants to feel love. He wants to talk about who will win the pennant. But he can’t find it in him. He ignores his friends’ greetings, burrows into his own head, and by “Flyin’ High (In The Friendly Sky)” – one of the most unsettlingly vacant songs about self-medication ever written – he’s found solace the only place he can, deep in drugs.

On “God is Love” he looks to heaven for a solution. All we have to do is give each other love, he ruminates. “I know—” he cries, at last. Then the song suddenly switches into “Mercy Mercy Me,” which surveys the environmental death of the planet. The transition is awkward, the seam between the takes is obvious, and yet it’s no accident; it’s a ten-zillion-light-year vertical drop from heaven to earth. He can dream about a divine power saving us all, but will it come before the skies are burnt and the seas are dead and the last of us perishes?

Marvin Gaye did not serve. His brother Frankie did, and their conversations often ended with them consoling each other in tears. It might seem suspect for a rich, successful songwriter to spin the experiences of the less fortunate into “art.” But the Vietnam story is only a small part of What’s Going On – it’s really only alluded to on “What’s Happening Brother” – and the emptiness and powerlessness Gaye chronicles here could have been felt by anyone watching the dream of the ’60s fail. Who hasn’t felt powerless in the face of overwhelming horror?

The stories here aren’t all Gaye’s either; though this is a record as synonymous with auteurism as Sgt. Pepper or Pet Sounds, the singer only wrote about half of it. The title track was conceived by Four Top Obie Benson after witnessing cops crack down on demonstrators, then written by Motown staff songwriter Al Cleveland and embellished by Gaye. The references to football surely allude to Gaye’s impulsive decision to try out for the Detroit Lions, spurred by depression and disillusionment with his role as a Motown pawn. It was only when Gaye demanded his boss Berry Gordy release the title track, threatening to leave Motown if he didn’t comply, that he was able to find the full creative freedom he desired. The single sold millions, and Gaye began one of the most impressive hot streaks in pop music history with complete control of his product.

What’s Going On enjoys a stature within soul equivalent to what Sgt. Pepper enjoys in rock, Illmatic in rap, Kind of Blue in jazz. Yet it’s rarely cited as an influence these days and was all but eliminated from the hipster canon when Pitchfork slapped it with a 9.5 – a tremendous rating by most standards, to be sure, but not the obligatory 10 works as towering as this tend to command. “Though he was certainly aware of the Detroit race riot that left 43 people dead in 1967, he viewed the sad display on TV from his cushy home on the outskirts of town,” Ryan Dombal wrote. True, Gaye was no activist. He had no answers, and he offers none here – at least none he seems to believe in. But what he felt was real, and that’s what we hear here.