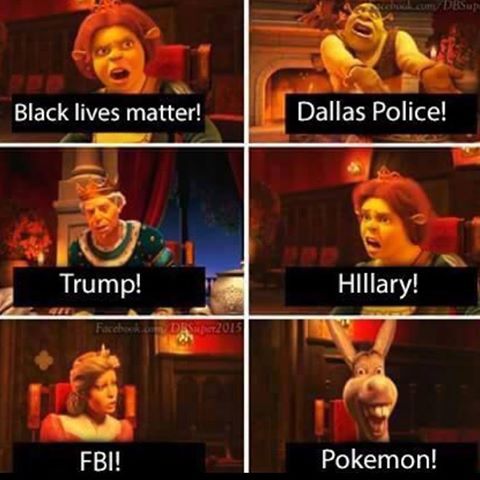 “The idea is to fill up Facebook with music, breaking the monotony of ugly politics and negative news. The people who ‘like’ this post will be given a letter of a musician, band or artist and you should post a video of this, including this text on your timeline.”

I’ve seen this chain-letter post a lot on Facebook lately. I understand the sentiment. There are a lot of ugly politics and negative news going around, enough that 2016’s already been termed the “Summer of Shit.” Hardly a day goes by without something earth-shatteringly horrible going on, bridged by endless discussion. It’s not hard to feel overwhelmed. And there’s always the risk of over-saturation – seeing so much shit about the same things over and over again that they start to lose their import. It’s understandable Facebook users would want to “break the monotony.”

But something about this post rubs me the wrong way. It screams too much of a “stay positive” philosophy that ignores reality – that we’d all be happier if we just tuned out all the bad shit and just danced to the music. Never mind, of course, that that bad shit might affect you or someone you care about. It’s easy for a lot of folks to just tune out news about Trump. I, as a gay man, am terrified for my personal freedom and for the well-being of my queer friends, Muslim friends, and friends of color. I keep my eyes open, as tough as it can be to watch sometimes.

Over-saturation can make those not normally invested in politics apathetic. But let’s not contribute to this indifference. Music can be a distraction, but it can also be an agent of change.

So instead of “breaking the monotony,” here’s what I want you to do: share a protest song.  It doesn’t have to be a sad song. It doesn’t have to wear its polemics on its chest. It just has to be a song that’s made you think about the world a little differently.

My choice is Jazmine Sullivan’s “Silver Lining.” It’s a brutal song, the story of a poor black mother resorting to robbery to feed her children. But Sullivan, a great songwriter, treats it with a level of humor that’s not wholly inappropriate. “People lookin’ at me like I’m crazy” is a bit of an understatement considering that she’s sticking people up. “Silver Lining” doesn’t necessarily justify the act of robbery, but it gives some insight into the conditions under which many Americans – especially marginalized groups like queer folks and people of color – are forced to live.

It’s your turn. Your letter is H.