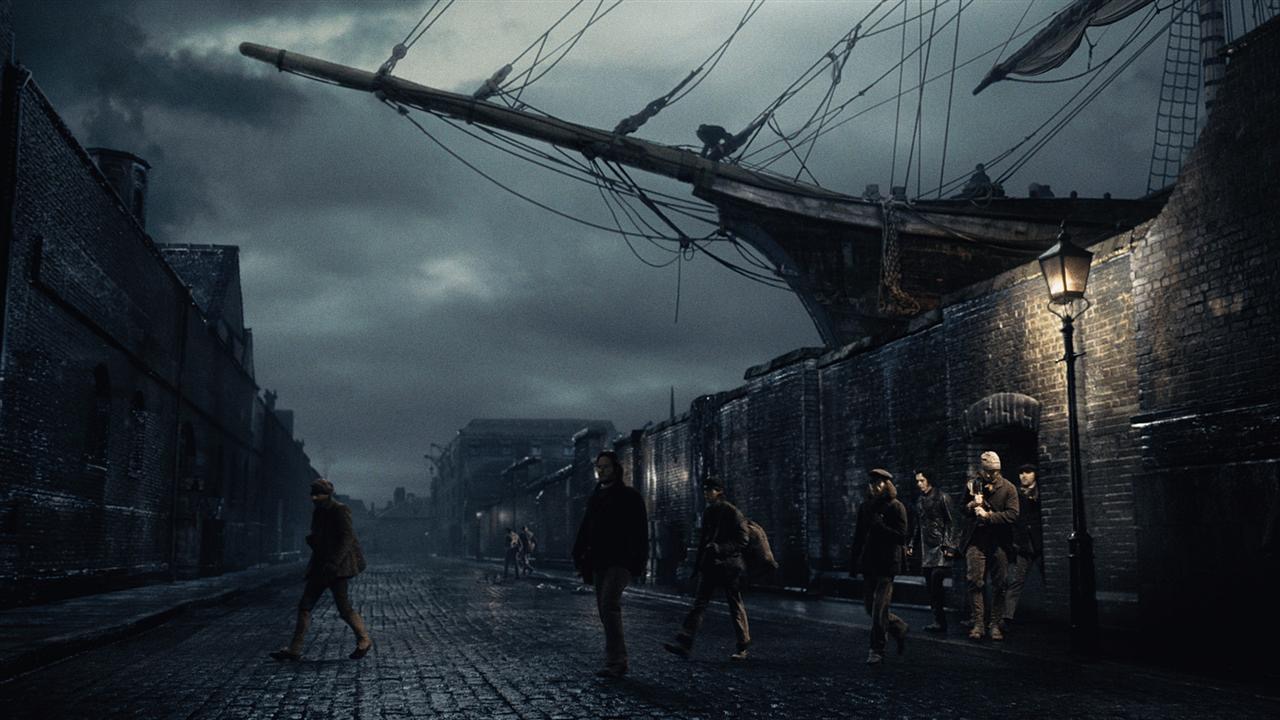 In Tim Burton’s Sweeney Todd: The Demon Barber Of Fleet Street – which came to Netflix this month – there’s a scene where the young sailor Anthony goes undercover as a wigmaker to smuggle his lover out of a women’s asylum. You see, wigmakers in those days (at least according to the movie and the Stephen Sondheim musical it’s adapted from) went to bedlam to get hair for their latest projects.

We see a friendly-looking doctor leading Anthony through a darkened hallway. Quickly we see that each room in the asylum is divvied up by hair color, and clusters of brunettes and redheads peer, terrified, out of slits in the doors. We arrive at the blondes. As soon as our doctor enters, every girl recoils towards the wall in horror. He goes “boo” in the direction of a few of them as they scamper up the walls. Later, the girls rip him to shreds.

What has the doctor been doing to the poor girls, other than the obvious (collecting their hair, dressing them in barely anything and imprisoning them in cold cells)? We don’t know. But Burton establishes such an incredible milieu for cruelty in the world he creates that the answer is simple: the worst things imaginable. Imaginable is the key word. He makes us wonder.

In film, the most engrossing worlds are often the ones where we’re left to ponder their implications, rather than the ones that tell us everything and fill in all the micro-details in their lore. Sweeney Todd is one. Another is Alfonso Cuaron’s Children of Men, whose apocalyptic, depressed world we know more about from newspaper headlines and snatches of mournful dialogue than from anything we see on camera. Another is Ridley Scott’s Blade Runner, whose metropolis we’re only acquainted with from a few square blocks but that we know contains multitudes from overhead shots that suggest a city larger and stranger than any in real life.

We don’t see a lot of Burton’s London – mostly street scenes within a square mile or so – but overhead shots establish it as a sprawling metropolis, its black smokestacks rising up over an agglomeration that seems to stretch to infinity, not at all unlike Blade Runner’s L.A. God knows what happens in the houses attached to those chimneys, behind the windows of those towers.

We get clues. Burton’s London, circa the 19th century, is a godawful place. The people in power invariably use their influence for their own sick benefit, and indeed much of the film’s horror comes from how villains like the asylum doctor and the perverted Judge Turpin abuse those under their power. Nobody seems to have any moral code; in what is perhaps the film’s most disturbing scene, a woman is raped in the middle of a party as aroused onlookers guffaw. But these are only slices of London life.

We hear about workhouses, where kids are given gin to sleep. We hear about prisons and penal colonies. And, if we use our imaginations, we can fill in the gaps using what we know about London back then, which really was as awful as it is in Sweeney Todd. For example, bear-baiting was popular then. We can only imagine how Burton might do the bear pits.

It’s not the first time Burton has used this trick. His Batman opens with a couple with a young child being robbed at gunpoint, which we think is Batman’s origin story but turns out to be a different couple experiencing, we’re meant to ascertain, the kind of thing that happens in Gotham every day. And Burton’s Gotham is a towering, sprawling Art Deco city that we don’t see all that much of; again, we’re left to imagine the horrors lurking in its back alleys. It’s far more captivating than Nolan’s Gotham, which is basically just Chicago; it’s hard to imagine anything more interesting than menial office work going on in the skyscrapers of The Dark Knight.

With something like Star Wars, we know the novels and the video games will fill out anything we need to know. Lord of the Rings is a great cinematic fantasy world, but it’s deeply reverent to J.R.R. Tolkien’s original vision. These are fascinating universes, but they’re finite, bound by the omniscience of their creators. In Sweeney Todd, or Children of Men or Blade Runner or Batman, the worlds seem as endless as our own and, thus, more realistically terrifying in spite of their fancifulness. We wonder if even their creators know the extent of everything that happens there.