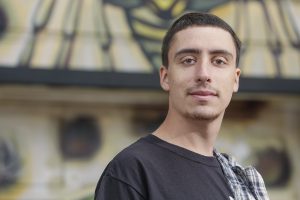 SmartyPup! 2020-present: Office admin at dog-training school. Act as first point of contact for all emails and calls to the office. Schedule and approve dogs for programs based on factors such as age, breed, and size. Proofread health records for dogs to ensure vaccination requirements are met. Set up furniture and equipment such as cameras and printers. Use Zoho to track client information. Shoot and edit photo and video content for Instagram account.

Pitchfork 2021-present: Contributing writer for popular music review site. Have written several headlining reviews, including Prince’s Welcome 2 America and a “Best New Music” review of Grouper’s Shade. Work closely with editor and electronic-music scholar Philip Sherburne, who has commended my work for its lucidity and for requiring minimal editing once turned in.

Musician & music promoter 2010-present: Have organized dozens of shows with both my own musical projects and others, including for causes such as the Standing Rock Protests and Planned Parenthood. Organized and curated Let’s Keep The Hive Alive compilation to benefit Honey Hive Gallery, an all-ages music venue in San Francisco.

Blue Bear School of Music 2011: Keyboard instructor for week-long music camp for kids. Taught classic rock songs to kids and performed them with them at concert at end of program.