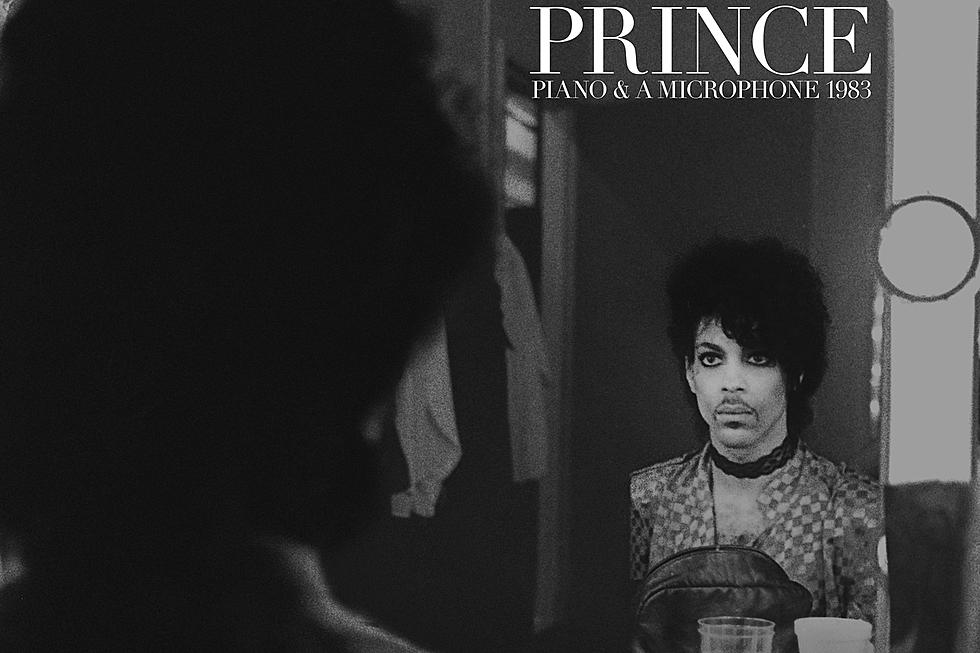 This review was originally published on the website of Solace, a clothing brand and culture site that’s since folded, in October of last year. This is not meant to represent my current feelings on the album. I disagree with some of the statements I made here. “Cold Coffee & Cocaine” has grown on me a lot, and I’m not entirely sure the record was released for the reasons I posited in my opening paragraph. I’ve also noticed so, so much more in the dozen or so times I’ve heard the album since writing this review. A more comprehensive review will appear in my end-of-decade list in January 2020. For now, here’s my original review of the record.

There must be music in Prince’s vault that could shatter the world. So why was Piano & a Microphone 1983, a one-take demo of half-songs and sketches, the first to be released? It’s an easy way to eulogize a musician, to show them not as a performer but as a person alone with their favorite instrument. It makes them look more human and more “authentic.” With the artist no longer in control of their public perception, the inheritors of their estate can show them as a person, not a product. The irony is that the “real” Prince, or the “real” Johnny Cash we heard on his late-career American Recordings series, is usually a marketing strategy that plays against the artist’s strengths. It’s a simple fact that acoustic guitar and vocals don’t showcase what makes Cash’s work essential as well as his work with a band. And though keyboard is far more central to the Purple One’s oeuvre than guitar, the instrument at which his prowess was inevitably more lauded, Prince no doubt has plenty of product in the Vault far more satisfying than what we find here. And who wants to hear an “authentic” Prince anyway? This was, by all accounts, an aloof and frosty man who spoke more eloquently through art than his own words.

And if the aim of Piano & a Microphone 1983 is to show the gears grinding together in the mind of pop’s most private and inexplicable genius, it fails spectacularly, because what makes this record so rewarding is how cryptic it is—impenetrable, even. Is “Why The Butterflies” a half-sketch of something he’d flesh out, or abandon, later on? Is it deliberate? We don’t know, the man himself can’t tell us, and even if he wanted to it’d be too optimistic to expect a clear explanation. I’d like to think it’s a completed song, because as it is, it’s haunting. I want to imagine it’s about a baby being born. The “mama” is explicitly a mother, not a lover, so “why the butterflies” likely doesn’t refer to the ones in one’s stomach. It sounds to me like a simple question about the meaning of it all. Why the butterflies? Why anything? At one point, his vocal dissolves into infantile cries, perhaps answering the maternal screams on his birth-of-the-universe abstraction “God.” But the possibility of a finished song elsewhere in the vastness of the Vault, or that it’s a half-idea this massively prolific brain didn’t deem worthy of inclusion on a record, dangles just out of sight. “Why The Butterflies” is a staircase leading into a brick wall.

More questions. What is the “black mouse” on “Coffee & Cocaine?” A child? A literal mouse? It’s a great, scuzzy image his student Beck would appreciate. Why does he reiterate the “I don’t like winter” line from “Strange Relationship” on “Mary Don’t You Weep?” Was he peeved by the Minnesota cold or is there some other magic at work? What’s with that version of “International Lover?” The recordings here are from 1983, so it couldn’t have been a demo for the version on 1999, released the year prior. “International Lover” is an over-the-top parody of the bedroom-god reputation Prince acquired on “Do Me Baby,” an invitation to sex on an airplane with so many absurd puns and sly jokes there’s no way one of the most intelligent chroniclers of coitus in pop could have taken it seriously. This one removes the “I know it’s hard to believe, but this body here is free tonight” body-stroke and reduces it into something so simple and pure it echoes to the heavens: “I’m free tonight.” It’s stunning hearing this bloated farce rendered as a puppy-dog paean. But is it on purpose? Or is it just Prince stabbing out a song he knew half-heartedly, the first thing to come into his mind during a songwriting session like any other day?

There are a few moments that shed light on Prince’s process. A short sketch of “Purple Rain” appears. The first line is intact, but he hasn’t quite figured out how to fit the image of purple rain into a hook. Maybe at the next piano sesh. You’re better off listening to the finished version anyway. And he’s pretty clearly making up “Coffee & Cocaine” as he goes along; the “mouse” line develops as he ruminates on what rhymes with “house,” proving he’s able to conjure up great images out of nowhere. This is a genius whose best ideas come out of improvisation, though we probably could have guessed that. That song’s the least essential thing here, a mean-spirited castigation of a done-me-wrong woman that didn’t end up on any of his albums perhaps for the best. These answers are vastly outnumbered by the questions this thing raises.

And maybe that’s for the best. Do we really want to know how Prince worked? He didn’t let up much information. Most of the most revealing details about the Purple One’s personality and process come from collaborators, engineers, friends, fellow celebrities—and from his own art. I won’t agonize about the morality of releasing music the man probably wouldn’t have wanted to be heard by the public; that’s something with which I have yet to reconcile and may do so in a later piece. But the ransacking of the Vault is inevitable, so I can only hope the posthumous campaign concerns itself more with product than process, with offering fans quality music (Camille’s still in there) rather than voyeuristic puzzle-solving. Much of the music on Piano & a Microphone is transcendent. The demo of “17 Days” outshines the final version, “International Lover” becomes a new (great) song, “Why the Butterflies” is one of Prince’s great cosmic riddles along with “Power Fantastic” and “Starfish and Coffee” (that is, if it’s even a song). But if this is unfinished music, it scares me to imagine some of the music he might have completed.